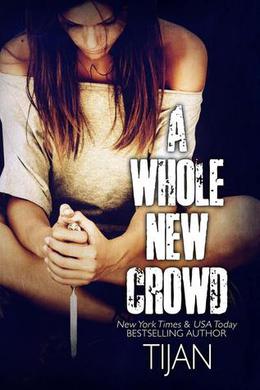 Taryn grew up in a different world. Her boyfriend was a criminal. His older brother was part of a gang. They weren’t great people, but they were her family. Then everything changes when she’s adopted by a family in the neighboring town. New family. New friends. A new world. She’s elated. This is her chance for a new beginning, but secrets start being revealed and Taryn learns her new life has ties to her old one, ties that she’s not happy about. Her new family might not have been the lucky break she thought she had. Now she's not only fighting to live that new future, but she's fighting to survive as well.
more
Amazon Other stores
Bookmark  Rate:

'A Whole New Crowd' is tagged as:

The 'A Whole New Crowd' series

Buy 'A Whole New Crowd' from the following stores: