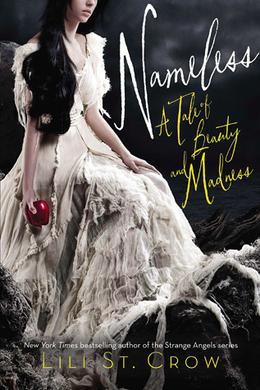 When Camille was six years old, she was discovered alone in the snow by Enrico Vultusino, godfather of the Seven—the powerful Families that rule magic-ridden New Haven. Papa Vultusino adopted the mute, scarred child, naming her after his dead wife and raising her in luxury on Haven Hill alongside his own son, Nico.

Now Cami is turning sixteen. She’s no longer mute, though she keeps her faded scars hidden under her school uniform, and though she opens up only to her two best friends, Ruby and Ellie, and to Nico, who has become more than a brother to her. But even though Cami is a pampered Vultusino heiress, she knows that she is not really Family. Unlike them, she is a mortal with a past that lies buried in trauma. And it’s not until she meets the mysterious Tor, who reveals scars of his own, that Cami begins to uncover the secrets of her birth... to find out where she comes from and why her past is threatening her now.
more
Amazon Other stores
Bookmark  Rate:

'Nameless' is tagged as:

The 'Tales of Beauty & Madness' series

Buy 'Nameless' from the following stores: