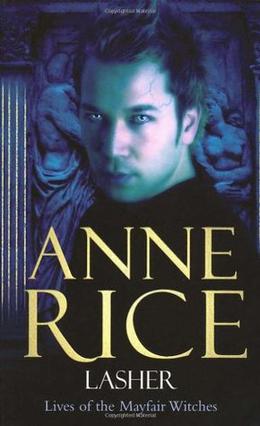 Lasher (Lives of the Mayfair Witches #2)

The Talamasca, documenters of paranormal activity, is on the hunt for the newly born Lasher. Mayfair women are dying from hemorrhages and a strange genetic anomaly has been found in Rowan and Michael. Lasher, born from Rowan, is another species altogether and now in the corporeal body, represents an incalcuable threat to the Mayfairs. Rowan and Lasher travel together to Houston and she becomes pregnant with another creature like him, a Taltos. Lasher seeks to reproduce his race in other women, but they cannot withstand it. Rowan escapes and becomes comatose as her fully-grown Taltos daughter is born. The Mayfairs declare all-out war on Lasher and try to nurse Rowan back to heatlth.

Michael remains entwined in the Mayfair family and learns how he comes by his strange powers. Michael's ghostly visiting from a long-dead Mayfair reveals the importance of destroying Lasher. In the investigation, Lasher's origins are revealed, the new Taltos Emaleth returns, and the climax of death and life engulfs the family.
more
Bookmark Rate Book
Amazon Other stores

The 'Lives of the Mayfair Witches' series

All books by Anne Rice  ❯

Buy 'Lasher' from the following stores: