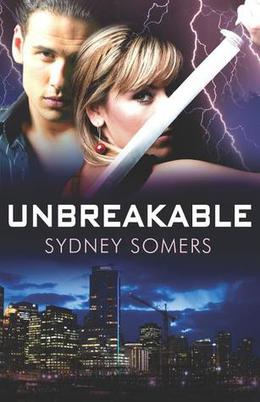 Five years ago the man she loved died in her arms...Or did he?

Jordan McAdam leads an unusual double life. Police officer by day, vigilante by night. But Jordan isn't interested in the average criminal. She stalks Shadow Demons, creatures who prey on the innocent, creatures whom she suspects are responsible for a string of bizarre sacrificial murders. Creatures who killed her partner and lover. Gage Campbell has spent the last few years on an elite team of Shadow Destroyers, hunting down the demons who changed his life and his DNA. Then an assignment leads him straight back to the woman he hasn't been able to stop thinking about for five long years. The woman he had no choice but to leave behind. Is the man before her a mimic demon bent on tormenting her, or is it Gage returned from the dead? All Jordan knows is that the raging desire between them is real. Standing between them are years of secrets and hurt, and a love that just might have the power to bring them together. If the murder case they're working on doesn't separate them permanently. This title was previously published but has been revised and expanded for Samhain Publishing. Warning, this title contains the following: adult language and graphic violence of the sword-wielding, demon-slaying kind. Also contains hot, explicit sex between reunited lovers, passionate up-against-the-wall foreplay and the use of handcuffs for the heroines own good and pleasure.
more
Amazon Other stores
Bookmark Rate Book

Buy 'Unbreakable' from the following stores: