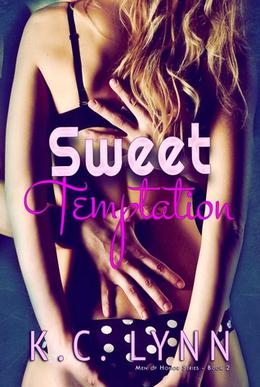 “If you could go back and change one moment in your life what would it be?” I expect him to say the week the three of them were held prisoner, but what he says next is something that I will remember for the rest of my life. “It would be to find you sooner, because I would have never let anyone hurt you.” And that was the moment I gave Sawyer Evans my whole heart. *** At 17 years old Grace Morgan had managed to live through what would be the worst day of her life. One would think this is where her torment ended, but then she was sent to live with him- the devil himself. Three years later she finds herself in the beautiful, small town of Sunset Bay, South Carolina- a perfect place to start her life over. This is where she meets the best friends she will ever have, and one cocky, sexy, arrogant ex-Navy Seal whose heart turns out to be bigger than his ego. Right when things start looking up the worst day of her life comes back with a vengeance; ruining the peace she had just found. Sawyer Evans is a strong, sexy, confident ex-Navy Seal who loves women just as much as they love him. His philosophy is: the more the merrier, with no strings attached. But all that changes the day he rolls into Sunset Bay, where he meets a sweet, sexy blonde with sad amber eyes, who smells like cupcakes and bakes the most delicious pies. The only girl who isn’t affected by his good looks and charm... or so he thinks. But Sawyer is a fighter who is used to getting what he wants, and he wants Grace. Along the way of making that happen, he finds out she holds secrets, and a pain much deeper than he thought possible- and he has known pain like no other man has. A year ago he made a life-altering decision that not only bought him a week in hell with men he considers his brothers, but also ended his career. It was a decision he will never regret, no matter the scars he bares, physically or emotionally. He refused to let that moment in his life break him or define him. So when Grace’s life is threatened, he will make another decision, one to not only protect her, but also mend her broken heart. This is a New Adult Romance and is told from both character’s pov. Due to strong sexual content, coarse language and mature subject matter this book is not suitable for anyone under the age of 18. This is Book Two in the Men Of Honor series. Although each book can be read as a stand alone you will find yourself a little lost if not read in order. Each book is on a different couple and all have an HEA. If you like hot, tattooed, possessive alpha males than this is the book for you.
more
Bookmark Rate Book
Amazon Other stores

The 'Men of Honor' series