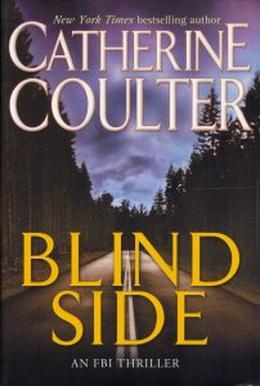 When six-year-old Sam Kettering is kidnapped and manages to save himself, everything's over, right? Not by a long shot.

Sheriff Katie Benedict contacts Sam's father, Miles Kettering, ex-FBI agent, and he and Savich fly to eastern Tennessee to determine why Sam was kidnapped and brought to such an unlikely locale as Jessborough, Tennessee.

The kidnappers just don't give up. They try again. The question remains: Why do the kidnappers want this little boy so badly? The investigation leads to a charismatic, intense, twenty-first-century Rasputin, Reverend Sooner McCamy, and his gorgeous, enigmatic wife, Elsbeth.

As if the kidnapping case weren't enough, Savich and Sherlock are at the same time desperate to find the cold-blooded killer of three high school math teachers in the Washington, D.C. area.
more
Amazon Other stores
Bookmark  Rate:

'Blind Side' is tagged as:

Similar books to 'Blind Side'

Buy 'Blind Side' from the following stores: