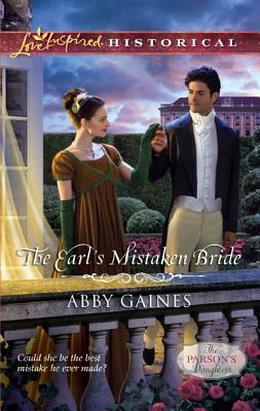 As soon as Marcus Brookstone lifts his bride's veil, he sees he's been tricked. He made a bargain with God—to marry a good, Christian girl if his mother recovered from illness. But Marcus intended to marry pretty Amanda, not stubborn Constance. His next plan, to ignore his new wife, fails as well when Constance makes it clear that she wants a true union.Constance Somerton doesn't dare reveal that she's been enamored of Marcus for years. The man believes love is for weaklings. Someone needs to teach him about marriage's blessings. Someone who sees beyond his arrogance to the tender heart beneath. Someone exactly like Constance….
more
Amazon Other stores
Bookmark  Rate:

'The Earl's Mistaken Bride' is tagged as:

The 'The Parson's Daughters' series

All books by Abby Gaines  ❯

Buy 'The Earl's Mistaken Bride' from the following stores: