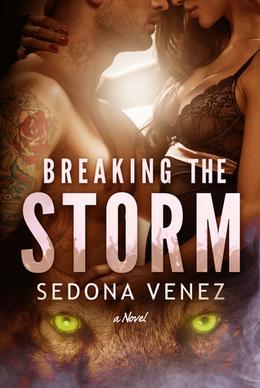 I wanted Knox. There was no need to deny that fact.

Knox was the type of guy you gravitated to, who stood out in the crowd. It wasn't just his classically good-looking features and perpetual five o’clock shadow. It was his raw energy that entranced me, that made me feel like a giggly, fumbling high school girl, happy to be in his presence.

Yes, there’s no denying it, front man Knox Gunner was a sexy badass.

It didn't matter that he initially thought I was some bored, rich girl trying to live out some wild fantasy of being with a starving musician. It was uncomplicated and that's what we both wanted. At least that's what I convinced myself. I wasn't ready to admit to myself that my feelings for Knox were getting dangerously deep—waiting to lay siege on my heart. I was falling for him… and this was dangerous. The rules were clear: falling in love would obligate me to expose what I truly was, setting in motion his slow march to death.

'Breaking the Storm' is tagged as:

Similar books to 'Breaking the Storm'

All books by Sedona Venez  ❯

Buy 'Breaking the Storm' from the following stores: