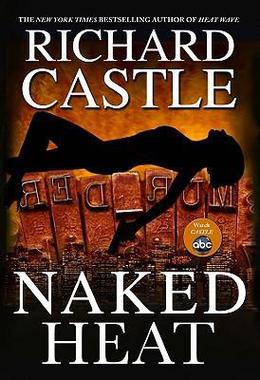 In the sequel to the New York Times bestselling HEAT WAVE, Richard Castle's new thrilling mystery continues the story of NYPD Homicide Detective, Nikki Heat. Tough, sexy, professional, Nikki Heat carries a passion for justice as she leads one of New York City's top homicide squads. In what's sure to be another smash sensation by blockbuster author Richard Castle, readers will once again follow Nikki Heat and hotshot reporter Jameson Rook as they trade barbs and innuendos all while on the trail of a murderer!

For the second tie-in with the ABC television show, CASTLE, we will once again be releasing a portion of the chapters electronically, available for digital download in advance of the hardcover publication. The show will integrate the new book in the same way they did for HEAT WAVE, with mentions of the book beginning in episodes that will air in spring and culminating with the publication of the book in Fall 2010, which will be featured on the show.
more
Amazon Other stores
Bookmark  Rate:

'Naked Heat' is tagged as:

All books by Richard Castle  ❯