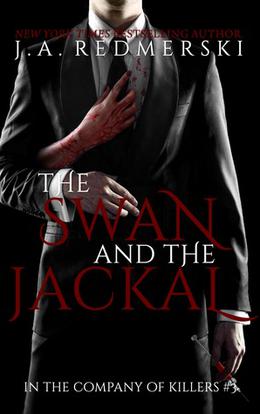 The Swan & the Jackal (In the Company of Killers #3)

This is not a romance in any sense of the word. If that's what you're looking for, don't read it.

Fredrik Gustavsson never considered the possibility of love, or that anyone could ever understand or accept his dark and bloody lifestyle—until he met Seraphina, a woman as vicious and blood-thirsty as Fredrik himself. They spent two short but unforgettable years together, full of lust and killing and the darkest kind of love that two people can share.

And then Seraphina was gone.

It’s been six years since Fredrik’s lover and sadistic partner in crime turned his world upside-down. Seraphina went into hiding and has eluded him ever since. Now, he’s getting closer to finding her, and an innocent woman named Cassia is the key to drawing Seraphina from the shadows. But Cassia—after sustaining injuries from a fire that Seraphina ignited—suffers from amnesia and can’t give Fredrik the information he desperately seeks. Having no other choice, Fredrik has been keeping Cassia locked in his basement as he not only tries to get her to recall her past—because she and Seraphina share it—but also to protect her from Seraphina, who clearly wants her dead.

But Cassia is a light in the darkness that Fredrik never believed existed. After a year subjected to her kindness and compassion, he finds himself struggling with his love for Seraphina, and his growing feelings for Cassia—because he knows that to love one, the other must die.

Will light win out over darkness, or will something more powerful than either further destroy an already tortured soul?

(Note: THE SWAN & THE JACKAL is NOT a New Adult title. It, and all other books in the series are categorized as Suspense/Crime/Thriller.)
more
Bookmark Rate Book
Amazon Other stores

The 'In the Company of Killers' series

Similar books to 'The Swan & the Jackal'

All books by J.A. Redmerski  ❯

Buy 'The Swan & the Jackal' from the following stores: