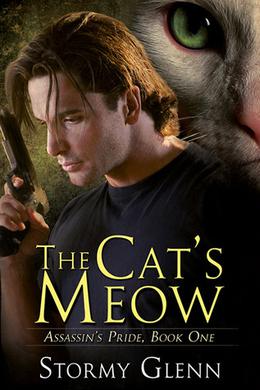 Noah Anderson is odd and he knows it. He has a strong obsessive compulsive disorder that keeps him organized but distances him from the world around him. He doesn't have any friends, family, or even a lover. He's never had a lover.

When he finds himself in the wrong place at the right time, Noah discovers that the dangers posed by having sex for the first time pale in comparison to having sex with the assassin that comes to kill him, even if it means his life.

Gage Tynan is a killer. It's what he's always been. And he excelled at his job until he jumped into the car of a passing motorist when his latest mission goes wrong. The man driving is so odd that Gage suspects he might have been sent to harm him. Gage has no idea that the little man that asks him to take his cat will change his life in ways he has no clue of.

Gage is dragged into a world of shifters and exiled kings, one where his strength will be called upon to keep Noah safe from the pride soldiers sent to keep him from taking the throne.
more
Bookmark Rate Book
Amazon Other stores

Similar books to 'The Cat’s Meow'

Buy 'The Cat’s Meow' from the following stores: