The Knight and the Dove (Kensington Chronicles #4) 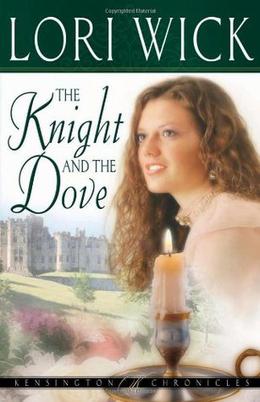 Eager to secure a permanent loyalty from this promising young knight, King Henry commands Bracken to marry into one of the crown's most loyal families. But Lord Vincent's oldest daughter, the beautiful yet deceitful Marigold, scorns the king's edict. She will never marry a lowly earl. Now Vincent must call his beloved Megan from the abbey and send her to Hawkings Crest to wed.

When Marigold discovers that Bracken has been made a duke for his obedience, jealousy drives her to madness - a madness that will stop at nothing to bring her youngest sister pain. Will Bracken rescue Megan from Marigold's wicked scheme? Will Megan ever hear the words she longs to hear from her knight?

A moving epic of God's tender care in even the darkest moments.
more
Amazon Other stores
Bookmark Rate Book

Similar books to 'The Knight and the Dove'

More books like 'The Knight and the Dove'   ❯

Buy 'The Knight and the Dove' from the following stores: