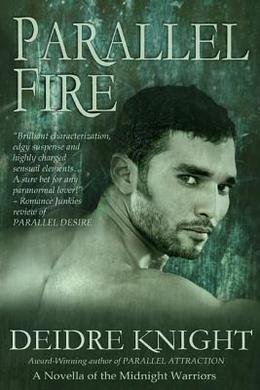 In their fight for survival, the layers come off--body and soul.

Anna Draekus is a soldier wrapped up in secrets, one of which has just been blown. As a member of the shadowy Madjin Circle, she was marked and trained from childhood to protect the king, even without his knowing. And now that her superior officer Nevin Daniels has discovered her allegiance to the Madjin, another secret is in serious danger of exposure.

The one where she fantasizes about cracking the taciturn Refarian's composure and making him scream her name in passion.

Nevin has tried everything to exorcise Anna from his mind and body, once and for all. Nothing works. He's long lusted after the free-spirited and plainspoken soldier, but her mere presence ties him in knots and drives him to the brink of insanity. Something a man in his position can't afford. Something a man of his maturity could never hope for.

Then a routine patrol finds them wrecked and marooned deep in the Wyoming backcountry. And Anna unwraps Nevin's deepest secret of all: Beneath his tightly controlled exterior beats the wild heart of a tiger.

This book has been previously published.
more
Amazon Other stores
Bookmark Rate Book