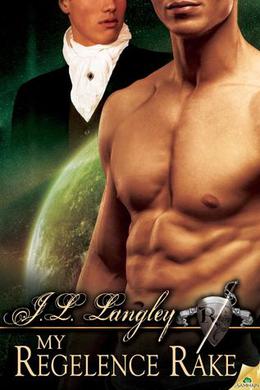 Before you find your prince, you have to kiss your share of rakes.

With his days occupied with duties as Captain of the Guard, and nights consumed with upholding his reputation as a rake, Lord Sebastian Hastings’s schedule is filled. There’s no extra time to be anyone’s bodyguard, but the royal family’s safety is a task he sees to personally.

While looking over the prospects at an auction, Colton is trying to ignore his sexy, pesky bodyguard when he feels compelled to take on a bully to protect an abused horse. Sebastian is dragged into the fray, and their good deed sparks a string of nasty rumors.

There’s only one way to quell the political storm: marry. But instead of solving everything, Colton realizes his new husband is a bundle of secrets, none of which he’ll give up easily. Unless Colton makes one, last-ditch effort that could break his heart for good.

Similar books to 'My Regelence Rake'

All books by J.L. Langley  ❯

Buy 'My Regelence Rake' from the following stores: