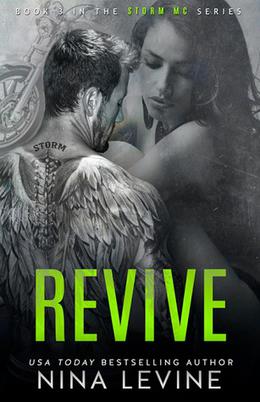 He doesn’t do relationships. Neither does she. But they can’t fight the attraction any longer…

Nash Walker hides the demons that consume his soul. He buries them deep and distracts himself with sex. Anything to avoid facing a past full of heartbreak and regret; anything to numb the pain that he struggles with daily.

Velvet Carr has spent years fighting her demons. It’s a fight she’s winning. That is, until Nash crashes his way into her life and into her heart.

It started out as a bit of harmless fun between friends; it wasn’t meant to get complicated for either of them. But when two broken souls come together and arouse unwanted feelings in each other, complicated is what happens.

Can Nash and Velvet help heal each other and revive the love in their lives that they’ve both been refusing to allow in for years? Or will they let their demons ruin any chance they may have at happiness?
more
Amazon Other stores
Bookmark  Rate:

'Revive' is tagged as:

Buy 'Revive' from the following stores: