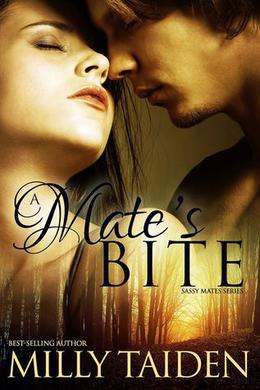 After an explosive night of passion during a scenting ceremony, Karla Alves is sure she was just a one night stand for the man she'd been crushing on for years. She teased him and pleased him, and Nate hasn't been around since. Her fear of becoming clingy kept her from risking her heart and asking for more than a few hours of skin sin.

Nathan Wolfe marked Karla. His mate. Deeply involved in pack politics, Nate has had to stay away. When his sister warns that Karla needs him more than he thinks, he'll discover a bundle of secrets only his wolf can sniff out. But getting the woman he cares about to let down her guard may prove to be his undoing.
more
Bookmark Rate Book
Amazon Other stores

Similar books to 'A Mate's Bite'

Buy 'A Mate's Bite' from the following stores: