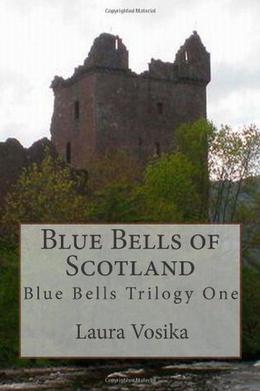 Shawn has a skyrocketing musical career, fans, fame, money, his beautiful girlfriend Amy, and all the women he wants. Everything changes: Amy has enough and leaves him stranded in a Scottish castle tower overnight. He wakes up in medieval Scotland. Mistaken for the castle's future laird, he is forced to make a dangerous cross-country trek with a beautiful woman wielding a knife, pursued by English soldiers and a Scottish traitor, to raise men for the critical battle at Bannockburn.

Niall Campbell, Shawn's opposite in everything except looks, is no more happy to find himself caught in Shawn's life, pursued by women, the target of an angry girlfriend, expected to play a sell-out concert, and hearing the account of his own death and Scotland's annihilation at Bannockburn. He vows to figure out what went wrong at the battle, and find a way back to change it.

Blue Bells of Scotland is both an action-packed adventure and a tale of redemption that will be remembered long after the last page has been turned.
more
Amazon Other stores
Bookmark  Rate:

'Blue Bells of Scotland' is tagged as:

All books by Laura Vosika  ❯

Buy 'Blue Bells of Scotland' from the following stores: