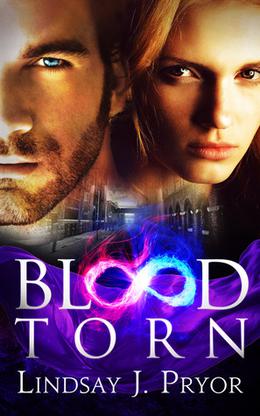 ‘Vampires might bite, honey, but lycans tear.’
Jask Tao, lycan leader, rules his pack with absolute dedication and demands the same loyalty in return. In the world of Blackthorn, where respect is a rare commodity, Jask has earned his – few dare to cross him, and fewer survive to tell the tale.

When he captures Sophia, a rare serryn witch – whose blood is lethal to vampires – Jask knows just how valuable she can be. Despite her fiery nature, he also can’t shake the feelings that she rouses in him – feelings that he thought died along with Ellen, his mate.

Sophia knows she has to escape from Jask’s lycan compound – and fast. Inheriting her sister’s serryn powers can only mean one thing – that her family is at risk. She’ll have to get past the dangerously attractive Jask first but, scarred by memories of her mother’s murder, Sophia won’t ever give up.

Sparks fly between Jask and Sophia but, as both her family and the pack come under threat, they might just need each other if they, and their loved ones, are going to stay alive…

In this thrillingly sensual novel, Lindsay J. Pryor returns to the shadowy dystopian world of Blackthorn, where tensions are rising, the risks are high, and the most powerful loves are formed in the face of great danger.
more
Bookmark Rate Book
Amazon Other stores