Because It Is My Blood (Birthright #2) 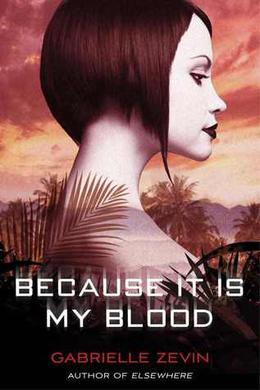 “Every time I think I’m out, they pull me back in.”- Michael Corleone, The Godfather

Freed from jail, Anya hopes that things will get back to normal. But life on the outside is even more dangerous than life behind bars. Some of her gangland family want revenge for the crime for which she has done time: the shooting of her uncle. Forced to flee the country, Anya hides out in a cacao plantation in Mexico. There she learns the secrets of the chocolate trade, a trade that is illegal and deadly in her native New York. There too she discovers that seemingly random acts of violence carried out across the world have a single target: her family. As innocent bystanders get caught in the crossfire Anya must act fast and decisively to stop it, no matter what the danger to herself.
more
Amazon Other stores
Bookmark  Rate:

'Because It Is My Blood' is tagged as:

Similar books to 'Because It Is My Blood'

More books like 'Because It Is My Blood'   ❯

Buy 'Because It Is My Blood' from the following stores: