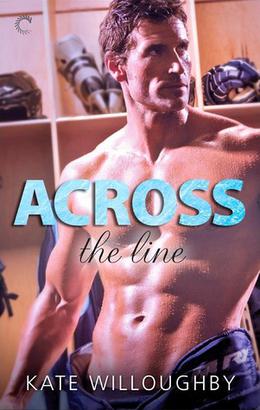 Book two of In the Zone

Calder Griffin needs to get back in shape. Sidelined last season by a knee injury, he's determined to return to the San Diego Barracudas and play the best hockey of his career. This might even be the year he gets out of his talented older brother's shadow.

For months, Becca Chen has poured her energy into Cups, the restaurant she owns, desperate to prove to her parents that she can succeed in the career of her choice, not theirs. But after she spends a five-hour plane ride flirting with charming, magic-on-the-ice Calder, she tells herself she needs a fling.

Becca and Calder can't keep their hands off each other, but they know the relationship can't last. They live on opposite coasts, and they're both too devoted to their careers. All they have to do is prevent their feelings from crossing the line from lust to love…

See how Calder's teammate Tim found love in On the Surface.

'Across the Line' is tagged as:

The 'In the Zone' series

Similar books to 'Across the Line'

All books by Kate Willoughby  ❯

Buy 'Across the Line' from the following stores: