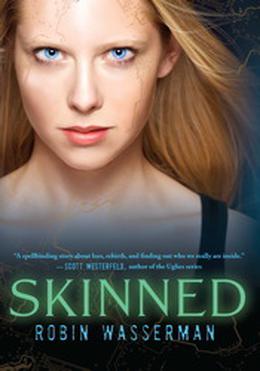 And it wasn't supposed to ruin her life.

Lia knows she should be grateful she didn't die in the accident. The Download saved her--but it also changed her, forever. She can deal with being a freak. She can deal with the fear in her parents' eyes and the way her boyfriend flinches at her touch. But she can't deal with what she knows, deep down, every time she forces herself to look in the mirror: She's not the same person she used to be.

Maybe she's not even a person at all.
more
Amazon Other stores
Bookmark  Rate:

'Skinned' is tagged as:

All books by Robin Wasserman  ❯

Buy 'Skinned' from the following stores: