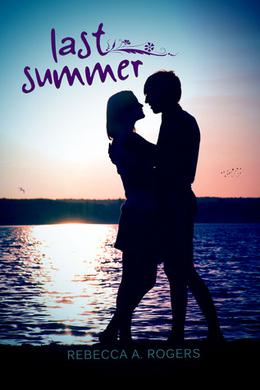 All Chloe Sullivan wants to do is get through the summer. Her life has been in disarray for more than six months, and she knows the only reason her parents made one final trip to Sandy Shores is because of her. They are, after all, two seconds away from filing for divorce. When Chloe stumbles upon a boy in one of her childhood hangouts, she’s in for more than just a relaxing summer vacation.

Logan Andrews is exhausted, famished and, quite frankly, kaput. His parents kicked him out when he refused to attend a rehabilitation program for his drug addiction. Now, he wishes he would’ve listened; he’d be receiving appropriate medical care rather than living in a dingy, godforsaken shack, holing up from money-hungry drug dealers.

Logan’s godsend arrives in the form of Chloe, who can’t hold her tongue when it comes to matters of the heart. They’re both in for a rude awakening when Logan’s past catches up to them, though. Can they escape the drug dealers showing up at every twist and turn, or will things end much worse than they ever imagined?

'Last Summer' is tagged as: