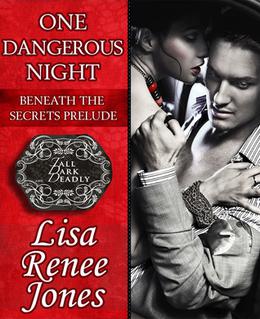 Blake Walker left behind the ATF when the drug cartel he was hunting cost him the life of his fellow agent,and fiancee.Now two years later he's working with his brother at Walker Security,but he's living fast,hard and wil
d,until he reaches the ultimate high....revenge.And he's close,so close he can taste it.He's one meeting,one woman away from being inside one of the money laundering shells the cartel operates.

This is a 6,000 word short story(28 pgs)...a lead in to the October 15th
release of BENEATH THE SECRETS which is Blake's full sized novel.

It's 99cents because that is the lowest that the retailers would allow me to set it at.Authors don't get to pick free pricing.It's a price-match thing the retailers do of their own accord.
more
Bookmark Rate Book
Amazon Other stores

Similar books to 'One Dangerous Night'

Buy 'One Dangerous Night' from the following stores: