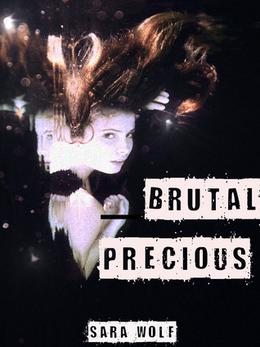 Eighteen-year-old Isis Blake hasn’t fallen in love in three years, forty-three weeks, and two days. Or so she thinks.

The boy she maybe-sort-of-definitely loved has dropped off the face of the planet after his girlfriend's death, leaving a Jack-shaped hole. Determined to be happy, Isis fills it in with lies and puts on a brave smile for her new life at Ohio State University.

But how long can that smile last with all of her friends gone?

How long can it last with the guilt of Sophia's death crushing her?

And how long can it really last when Will Cavanaugh attends the same school, taunting her?

Isis is good at pretending everything is okay. But not that good. The cracks begin to show.

Isis Blake is good at putting herself back together.

But Jack Hunter is better.


**This book contains language and sexual scenes, some of which may be unsuitable for younger readers.

**This is the third and final book in the LOVELY VICIOUS series.
more
Amazon Other stores
Bookmark  Rate:

'Brutal Precious' is tagged as:

All books by Sara Wolf  ❯