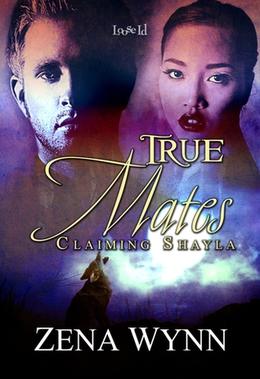 After the hell of his childhood, Rory McFelan, alpha of the Sparrowhawks, determined never to mate or reproduce. That was before the Creator dropped one feisty, irritating human female with a scent his wolf wouldn’t let him ignore into his path right before a blue moon. In the few short days it took the blue moon to wane, Rory found himself mated with a pup on the way, and his mate gone.

Getting her back is the easy part. Keeping her is more difficult. He’ll have to fight demons – his and hers – his pack, her family, and an unknown enemy determined to destroy him, any way they can.

Claiming Shayla was instinct. It’s keeping her that’s proving to be a challenge.
more
Amazon Other stores
Bookmark  Rate:

'Claiming Shayla' is tagged as: