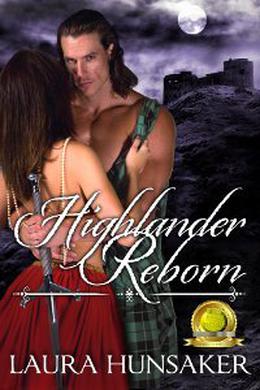 Highlander Reborn begins in Scotland, many centuries ago, where a blacksmith fights for his life and his people. His life is forever changed when Amalia, one of the Nightkind, makes the choice to save his life. But first, he has to die...

After Nevin MacLachlan’s wife was killed by a vampire, he made it his mission to hunt them all down. But one late Highland night, in a battle he couldn’t win, one of the Nightkind ripped open his throat. With his blood draining onto the grass, the last thing Nevin sees isn’t a white light; it’s the dark of night closing in on him.

Amalia has been enamored with the blacksmith ever since he first held a stake to her heart. Watching him die was unacceptable. Will he ever forgive her for turning him into what he hates most?

Nevin has lived his life alone for a reason. When Amalia walks back into his life seven centuries later asking for help, he wants nothing more but to turn his back to her. But something about her still calls to him.

Some of the Nightkind in Amalia’s seethe have been killed. It’s up to her to find Nevin and ask for his help. But how can she show Nevin that she isn’t the monster he thinks she is?
more
Amazon Other stores
Bookmark  Rate:

'Highlander Reborn' is tagged as:

All books by Laura Hunsaker  ❯