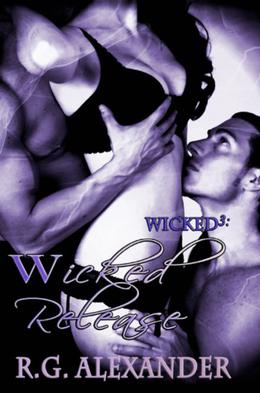 When you’ve waited centuries for release…will three be the magic number?

Cursed for hundreds of years by a rejected suitor and an ultimate betrayal, Sarah Blackwood has had plenty of time to plan vengeance…and escape. When she sensed a magic that called out to her own, she instinctively drew it to her, desperately hoping it would be her way out.

She never expected what happened next.

Con and Lorie have always known their Triad was incomplete. They didn’t realize the woman they’d been waiting for had been born over three hundred years too early, or that a twist of magical fate would bring them together at last.

Sarah has sworn vengeance on all the families involved in her imprisonment, including the Abbotts. Will she use her unique abilities to destroy them all, or will the two men she can’t seem to resist convince her–with a little help and a lot of kink–that love is the best revenge?


Plus 4 Bonus Excerpts From the Wicked Series and the Shifting Reality Series!
more
Bookmark Rate Book
Amazon Other stores

All books by R.G. Alexander  ❯