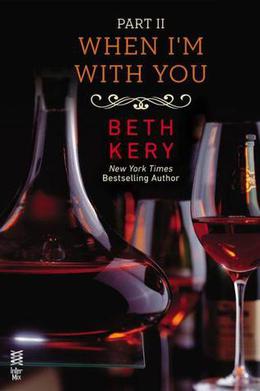 New York Times bestselling author Beth Kery’s addictive new novel continues as Lucien and Elise are bound together by a dangerous desire—and the secret they share.

When I’m With You, Part II
When You Defy Me

Elise’s teasing and impulsiveness have landed her back at the erotic mercy of Lucien, who is determined to teach her discipline—even if all he wants to do is to give in to the beast within and consume her completely. When he discovers her in a dangerous situation that could have been avoided, he punishes her—and once again tests the limits of his own control. By dominating her, he hopes to teach her the meaning of self-control through total submission. But even though he sets strict rules on himself, he still isn’t entirely prepared for feeling Elise shudder in surrender in his arms.

Lucien challenges her, excites her…bewilders her to the point of distraction. Does he want her, or doesn’t he? Elise is afraid to reveal to him just how vulnerable—just how naïve she is when it comes to sexual games. None of her typical wiles work on him. And what brought Lucien to Chicago with a new name and new identity? What does it have to do with his industrialist father’s disgraceful downfall? Who is Ian Noble, the provocative new stranger in Lucien’s shadow? And why has Lucien taken to following him in the night? For Elise the answers will come soon enough. She has other things to worry about now, such as Lucien’s observance of her foolish behavior…and the inevitable consequence to come.

The 'Because You Are Mine' series

Similar books to 'When I'm with You: When You Defy Me'

More books like 'When I'm with You: When You Defy Me'   ❯

Buy 'When I'm with You: When You Defy Me' from the following stores: