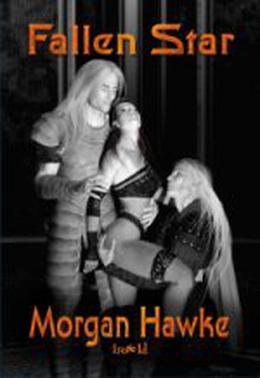 Isabeau Fallon, the Fallen Star is one of the finest thieves on Dyson's Ring station - until she's caught by the Skeldhi hunter, Sobehk, who captures her and makes her a sex-pet. Trapped and altered into a skeldhi-human hybrid known as a rehkyt, her past is a closed door - until it literally comes back to haunt her in the form of a E'sey Khan. E'sey is a Skeldhi Lord Officer intent on taking Fallon, the Moribund Company's prize code-cracker, away from Sobehk, the one man he ever loved, and making her his very own. Seemingly random accidents and hidden programs converge to prove that there is more going on than the capture of a not-so-simple thief. There is a conspiracy afoot...and the small thief from Dyson's Ring station is in it up to her collared throat.
more
Amazon Other stores
Bookmark  Rate:

'Fallen Star' is tagged as: