Let's Hear It for the Boy 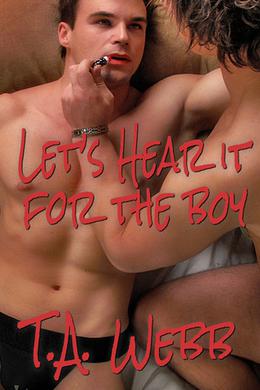 Auntie Social is the biggest, baddest drag queen in Atlanta—she knows what she wants and she gets it. She’s tough, merciless, and top dog. That’s what Paul Stewart, reporter for the Journal, had heard, and all he expects when he’s assigned to interview the legend.. But nobody really knows the person behind the make-up.

What if…what if the person behind the sarcasm and music was more than just a man in a dress? What happened in his life that, thirty years later, made him a successful CEO, a philanthropist, and a legend in the gay community? Thirty years and almost a million dollars raised for people living with HIV/AIDs, yet still no one knows the real story.

Until one night, one man breaks through the shell, and Matthew Trammell—Auntie Social—opens the door he closed many years ago and lets his secrets spill out.

Pain is like rain, it covers your skin and soaks in bone-deep, but it eventually recedes and allows fresh things to grow.
more
Amazon Other stores
Bookmark  Rate:

'Let's Hear It for the Boy' is tagged as:

Similar books to 'Let's Hear It for the Boy'

More books like 'Let's Hear It for the Boy'   ❯

Buy 'Let's Hear It for the Boy' from the following stores: