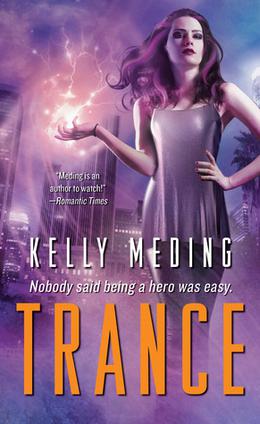 Fifteen years ago, Teresa “Trance” West was a skilled telepath and a proud member of the Ranger Corps. But ever since the Rangers were inexplicably rendered powerless at the climax of the devastating Meta War, she’s bounced from one dead-end job to another. Now her powers have reappeared just as mysteriously as they vanished— only they’re completely transformed and more potent than ever. And they’re threatening to destroy her.

Trance heads to Los Angeles to track down the surviving Rangers and discover who restored her powers—and why—but a phantom enemy is determined to kill them before they can reassemble. As they dodge his deadly attacks and come to terms with their new role as heroes, Trance and the rest of the team set out to annihilate the sinister madman... only to discover their own powers are his greatest weapons.
more
Amazon Other stores
Bookmark Rate Book

All books by Kelly Meding  ❯

Buy 'Trance' from the following stores: