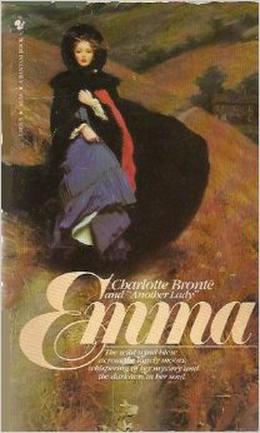 In the very last month before her death at the age of thirty-nine, at the height of her powers, Charlotte Brontë set the scene of a new novel called Emma . A child spiritually oppressed, a school run on shallow and mercenary principles, a brutish schoolmistress, a quiet observer of the injustice and cruelty--it contained the same preoccupations which elsewhere had called forth her most passionate and dramatic writing.

Another Lady has now at last fulfilled the promise of that novel. Her lively powers of invention have worked the unfolding mystery of Charlotte Brontë's two opening chapters into an exciting and poignant story. The characters grow in vitality and complexity while remaining true in spirit, tone and style to the original conception.

The wanton havoc wrought by Emma in the life of Mrs Chalfont, the narrator, is not the only proof of her ruthlessness; she plays a part, too, in the sufferings of the abandoned child, Martina. The affection which grows between Mrs Chalfont and Martina out of their mutual distress illumines this story, and Emma herself, with her inexplicable motives, her incomprehensible anger and her darkness of soul, develops into a character of whom Charlotte Brontë would have been proud.
more
Amazon Other stores
Bookmark  Rate:

'Emma' is tagged as:

Buy 'Emma' from the following stores: