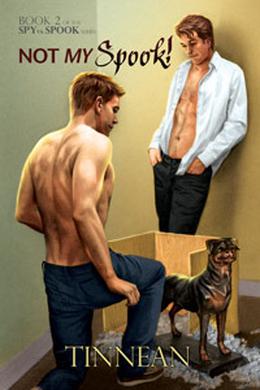 Highly ranked CIA officer Quinton Mann finds himself in a relationship with Mark Vincent-for exactly five days. At that point, Mark uses the excuse of going to Massachusetts for his mother's funeral to end it. But Quinn's a spook, and you can't fake a faker.

Mark fears he's getting in too deep with Quinn, hence the disappearing act. Then Quinn does something unexpected, something nobody has ever done before: he comes after Mark. Maybe being in a relationship with Quinn isn't such a bad idea. In the meantime, something strange is going on in the intelligence community worldwide. When Quinn disappears while investigating a rogue antiterrorist organization, Mark makes up his mind. Quinn might be a spook, but he's Mark's spook, damn it-and once he gets Quinn home, he intends to keep him. He just has to find him first.
more
Amazon Other stores
Bookmark  Rate:

The 'Spy vs. Spook' series

Similar books to 'Not My Spook!'

Buy 'Not My Spook!' from the following stores: