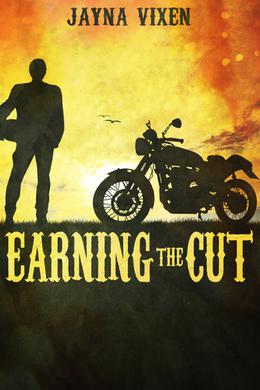 Earning the Cut (Riding The Line #1)

This prequel to Satin and Steel is told from Dax's perspective. Earning the Cut reveals intimate details about Dax's past, including his rough childhood, his relationship with Trish, and of course, how he became the tough, alpha male vice president of The Phantoms motorcycle club. Just like Satin and Steel , this work is loosely inspired in part by the hit television show, Sons of Anarchy. While characters may appear similar to characters on the show, this is original work that does not infringe upon any copyright.

So, if you like tall, muscled, tattooed bikers and want to know how one troubled boy transcended his past to achieve status in an outlaw motorcycle crew, check out Earning the Cut !

The 'Riding The Line' series

Similar books to 'Earning the Cut'

All books by Jayna Vixen  ❯

Buy 'Earning the Cut' from the following stores: