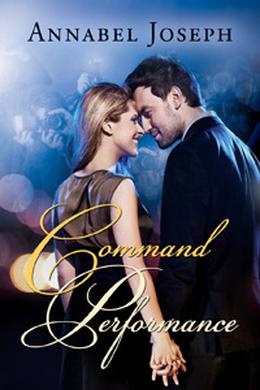 Enter Miri Durand, a former child actress once known for her shiny blonde curls and sitcom antics. She’s all grown up now, acting a small but edgy role in his latest film. Mason squires her around town in an attempt to sanitize his image, only to discover there’s more to Miri than her girl-next-door smile. Their relationship of convenience soon transforms into something deeper and more authentic. They hide away in his Malibu mansion, burning up the sheets and acting out their deepest fantasies. It’s no longer about the PR--Mason and Miri realize they’re falling in love.

But the Hollywood odds are stacked against them. Between career conflicts, family problems, a meddling ex-wife, and a media onslaught that just won’t quit, the couple become confused about what’s true in their fledgling relationship and what’s just for show. For Mason and Miri, what began as a command performance becomes a poignant struggle to understand the real-life complexity of their love.
more
Bookmark Rate Book
Amazon Other stores