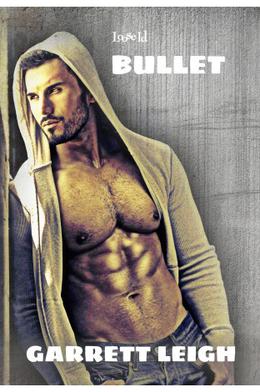 Seven years later, he's a veteran with a reputation as one of Blue Boy Studio's most ruthless tops, and when his boss suggests it's time for a change, he finds himself staring down the barrel of a gun.

Enter Sonny Valentine, a go-go dancer at Blue's sister club, Silver's. Levi has secretly admired Sonny from afar for years, but there's one problem–he can't stand Sonny and the feeling is entirely mutual. When Levi learns Sonny is to play the third part in a scene he considers his worst nightmare, he figures things can't get any worse.

But when preparations for the scene from hell collide with tragic events in his personal life, he finds his fast growing, red hot attraction to Sonny the one thing left between him and a bullet.
more
Amazon Other stores
Bookmark Rate Book

Buy 'Bullet' from the following stores: