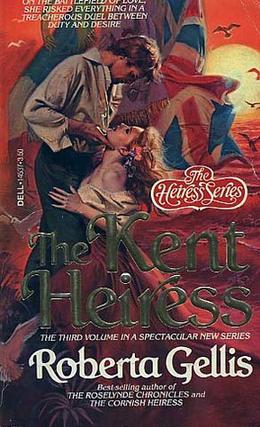 Sabrina thought she loved Lord Elvan—until his blatant infidelities turned her heart to stone. Perce thought Sabrina was just his friend Philip’s little sister—until she fell in love with Elvan and he realized he wanted her for himself. It was too late for both when they met again at a ball in St. Petersburg and passion flared between them.

Annulment of her marriage was Sabrina’s one hope and her husband said he would consider it if she accompanied him on one more political mission. But in Portugal Elvan indulged himself in one affaire too many; the husband of this lady was insanely jealous. Not content with his revenge on Elvan and his wife, Dom Jose intended to kill Sabrina for not controlling her husband. When Perce returned to England and learned Sabrina had gone to Portugal with Elvan, he set out at once to protect her—and arrived just in time to become another target for Dom Jose.
more
Amazon Other stores
Bookmark Rate Book

Similar books to 'The Kent Heiress'

All books by Roberta Gellis  ❯

Buy 'The Kent Heiress' from the following stores: