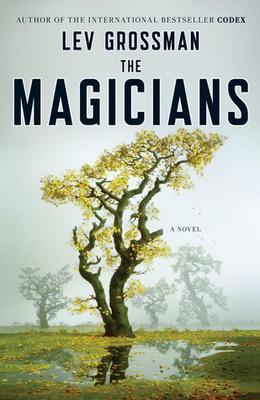 Quentin Coldwater is brillant but miserable. He's a senior in high school, and a certifiable genius, but he's still secretly obsessed with a series of fantasy novels he read as a kid, about the adventures of five children in a magical land called Fillory. Compared to that, anything in his real life just seems gray and colorless.

Everything changes when Quentin finds himself unexpectedly admitted to a very secret, very exclusive college of magic in upstate New York, where he receives a thorough and rigorous education in the practice of modern sorcery. He also discovers all the other things people learn in college: friendship, love, sex, booze, and boredom. But something is still missing. Magic doesn't bring Quentin the happiness and adventure he though it would.

Then, after graduation, he and his friends make a stunning discovery: Fillory is real.
more
Amazon Other stores
Bookmark Rate Book

The 'The Magicians' series

Similar books to 'The Magicians'

All books by Lev Grossman  ❯

Buy 'The Magicians' from the following stores: