The Prince's Angel (Legends of the Romanorum #1) 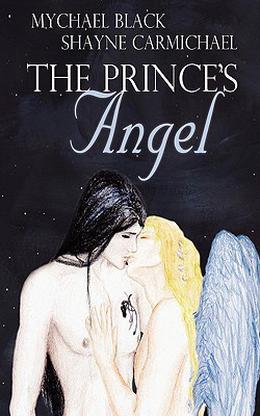 In present day London, vampires live side-by-side with mortals living under two sets of laws. The Romanorum make the vampire rules, helping the Princes who rule the cities. Not all vampires are thrilled with the system. A rash of rogue vampires--vampires who have killed mortals--has descended upon London, and it is up to London's vampire prince, Mael Black, to bring them under control. When he learns who is truly behind the rogues, however, Mael's task becomes more complicated than he would like. His only choice is to turn to a sorcerer of questionable reputation--Cian Carmichael. But Cian is more than he seems to be, and despite the dangers inherent in becoming involved with him, Mael finds he is unable to resist. Cian is an angel, sent to bring the rogue vampires under control. Acquiring a reputation as a vampire hunter, Cian becomes notorious in the city Mael rules. The last thing he expects is to fall in love with the prince of the London vampires himself. Can these two deal with their growing attachment, and save London from the threat it faces?
more
Amazon Other stores
Bookmark  Rate:

'The Prince's Angel' is tagged as:

The 'Legends of the Romanorum' series

Similar books to 'The Prince's Angel'

All books by Mychael Black  ❯

Buy 'The Prince's Angel' from the following stores: