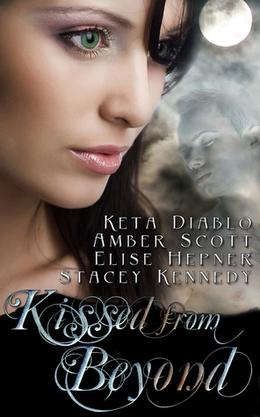 With visions of battle still fresh in his mind, Roane Bradfield returns home to find the woman he loves betrothed to another. He corners Kendrick Moreland at Dowager Huggins’ Grand Ball and whisks her into the secluded library. One way or the other, he will know the reason the duplicitous beauty cut him from her life when she promised to wait forever.

Kendrick can’t believe her eyes when Roane suddenly appears at the ball. Has he truly risen from the dead? Amid wagging tongues and hushed murmurs, the fantasy of her every dream whisks her from the ballroom. And the expression on his face is anything but loving. Revenge, danger and powerful love collide in the Cradle of Dreams.

If only Sara had known no man would ever make her feel like Crew did, she would have let him love her. A regret that can never be undone. His death haunts her dreams, and her wishful thinking only reminds her of everything she has lost.
Years later, a visit to an antique store in sultry Savannah changes everything and makes her deepest wish come true. Her beloved returns to her. Her every fantasy gets the chance to be fulfilled. But she wants more than one night. She wants a lifetime and wonders what magic will let her keep A Love Soul Deep.
Want to know more about Amber Scott’s books? Visit her here: http://amberscottbooks.com

Flynn has been cursed for over a century for a social slight he never committed. A voodoo priestess hexed him and forced him into a teapot where he could be summoned by the rub of a woman’s palm. Once free, he grants these women three sexual favors—and cuts off his own emotions in the process. Unable to break free from an invisible cage of lust and sex to fall in love again he’s resigned to being a sex object and nothing more.

Helena has been house sitting far, far away from her complicated past in England— including her former childhood sweetheart, who wasn’t satisfied when Helena didn’t want to be barefoot and pregnant. She’s resigned to leave behind the complications of men and sex. She hopes logic will win out over her unreliable emotions—but she’s put to the test when she accidentally summons Flynn from his teapot prison.

‘TILL WE MEET AGAIN
Stacey Kennedy

Ethan Thomas has spent years alone―forever trapped between worlds. Once a soldier in the Civil War, he’s now a ghost bound to a chaise lounge that once belonged to him. He’s spent centuries lingering in Savannah, Georgia, waiting to be saved…

Cassandra Cole is an interior designer hired to restore an old Victorian home. As she begins to furnish the house, strange happenings erupt around her. She suspects the house is haunted. Determined to find out, Cassie sets out to discover who the ghost is, why she feels a connection to him, and what she has to do to free him. The answers will surprise her in ways she never imagined.

'Kissed from Beyond' is tagged as:

Similar books to 'Kissed from Beyond'

Buy 'Kissed from Beyond' from the following stores: