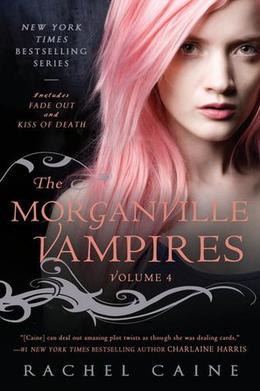 Now together in one volume, the seventh and eight books in the Morganville Vampires series show that even without an evil masyer vampire controlling the town, Morganville is still a dangerous place to be - for humans and vampires alike...


FADE OUT
Without Bishop ruling over the town of Morganville, life has changed - dramatically. The resident vampires have made major concessions to the human population. With their newfound freedoms, Claire Danvers and her friends are almost starting to feel comfortable again, but when a filmmaker goes missing after starting work on a short documentary about vampires, Clair and her friends are feeling anything but safe.

Vampire Michael Glass just received the call he's been waiting for all his life. His music has attracted the attention of a heavily connected music producer who wants to cut a demo and play some dates - which means Michael and his friends will have to enter the human world. But between a pack of hateful humans and a savage party of traveling vampires, Michael, Claire, Shane, and Eve may not make it to the show on time...or ever.
more
Amazon Other stores
Bookmark  Rate:

'The Morganville Vampires, Volume 4' is tagged as:

All books by Rachel Caine  ❯

Buy 'The Morganville Vampires, Volume 4' from the following stores: