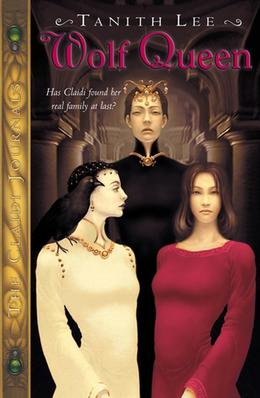 Claidi is eager to reunite with her fiancé Argul-but when she finally reaches his camp, she finds that someone has been spreading ugly lies about her, and Argul is nowhere to be found. Undaunted, Claidi sets out to search for him. Her quest brings her to the icy threshold of a tower, and within it she encounters another shadow from her past-a powerful woman Claidi believes is her mother. But the truth is far more complicated, and Claidi once again finds herself at the dark center of conspiracy and intrigue. Claidi's third journal will hold readers to the very last page.
more
Amazon Other stores
Bookmark  Rate:

'Wolf Queen' is tagged as: