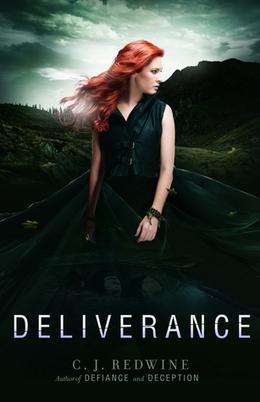 Everything hangs in the balance, and nothing is certain: Rachel has been kidnapped by enemy forces and is being taken to Rowansmark while Logan, imprisoned and awaiting trial, is unable to leave Lankenshire. Separated from each other and their Baalboden comrades, each must find a way to achieve what they desperately want: to rid their world once and for all of the Commander and the tech that controls the deadly Cursed One.

Fighting through her pain and embracing the warrior she’s become, Rachel will do whatever it takes to escape her enemies’ clutches and join Logan in his fight. But when she learns a secret that changes everything, she realizes that escaping Ian and his tracker friends is no longer an option if she wants to save the people she loves. Instead, she’ll have to destroy Rowansmark from the inside out—if she can survive the journey through the Wasteland.

Logan needs allies if he wants to thwart Rowansmark’s power grab and rescue Rachel. But securing allies will mean betraying his beliefs and enlisting the help of the man he hates more than anyone: Commander Jason Chase. Driven by his fierce love for Rachel and his determination to make their world safe, Logan may be just the weapon the city-states need to defeat the Cursed One.

But as Rowansmark bears down and uneasy alliances are tested, will Rachel and Logan’s love for each other be enough to surmount the unbelievable odds against them?
more
Amazon Other stores
Bookmark  Rate:

'Deliverance' is tagged as:

All books by C.J. Redwine  ❯

Buy 'Deliverance' from the following stores: