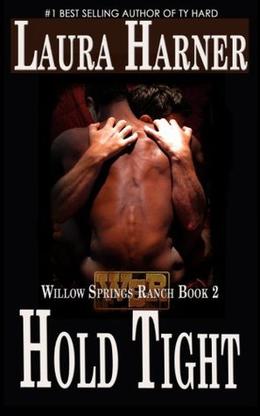 Sheriff Holden Titus had organized his fresh start down to the last detail. Except for the part about the bomb that blew his plans all to hell. Now he’s running out of time, without a job, without a home, and struggling to get back on his feet. Literally.

Despite the impolite rejection, Drew knows he didn’t have the wrong impression months ago when he asked the sheriff to dance, but he never expected to have Holden’s life in his hands. Literally.

Thanks to some meddlesome matchmaking, the two men are now temporary housemates at the Willow Springs Ranch and Drew is determined to help Holden heal, both physically and emotionally. Even if it means he has to drag the other man kicking and screaming to physical therapy…and out of the closet. In fact, that might be kind of fun.

The problem is, Holden doesn’t consider himself in the closet…but not all secrets are created equal.
more
Amazon Other stores
Bookmark  Rate:

'Hold Tight' is tagged as: