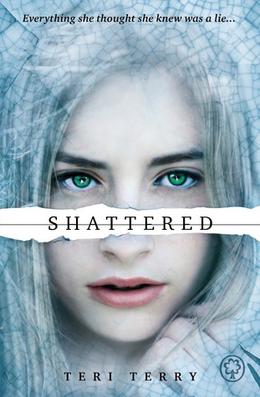 This is the UK, Australia & New Zealand edition, released on March 6. The release date for US and Canada is May 1.

The riveting finale of the Slated trilogy!
A thought-provoking psychological thriller set in a disturbingly plausible future where the government and its enemies compete to control the minds of the young

Kyla is in danger from both the government Lorders who erased her memory and the terrorists who tried to use her. So now she’s on the run. Sporting a new identity and desperate to fill in the blank spaces of her life pre-Slating, Kyla heads to a remote mountain town to try to reunite with the birth mother she was kidnapped from as a child. There she is hoping all the pieces of her life will come together and she can finally take charge of her own future. But even in the idyllic wilderness and the heart of her original family, Kyla realizes there is no escape from the oppressive Lorders. Someone close to her may be one of them, and even more frighteningly, her birth mother has been keeping secrets of her own.

In this stunning series finale, Kyla finally finds out who she really is, and the road to this discovery, and to deciding who she wants to become, is full of dangerous twists and turns that will keep readers riveted.
more
Amazon Other stores
Bookmark  Rate: