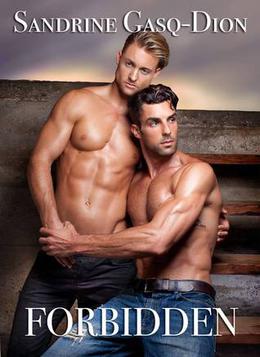 Jesse Salvatore has had it. He's the youngest of three brothers -- and the only one born without the werewolf gene. Because he's human, his brothers, Jaxon and Justice, treat him like he's helpless. They constantly battle deadly rogue wolves and won't let him anywhere near the fight. When he meets Noah King, he knows he's found his soulmate in the werewolf and soldier. Just as life seems to be brightening, big brother Justice forbids Jesse to see Noah. The two men sneak time together when they can, but it's not enough. More than a year later, the rogues have targeted Jesse and Justice has no choice but to let Noah protect him.

Noah King has never been in love. One-night stands are more his style. But the first time he sees Jesse Salvatore, his world is flipped upside down by the hot blond-haired, green-eyed human. What's not to love? Jesse is sweet, smart, gorgeous and bad-ass. Only one thing stands in their way: Justice Salvatore. When Jesse's life is threatened, Noah is entrusted with keeping him safe.

Of course, no plan is ever fool-proof, and a mission to protect one man changes the lives of many.
more
Amazon Other stores
Bookmark  Rate:

'Forbidden' is tagged as:

Buy 'Forbidden' from the following stores: