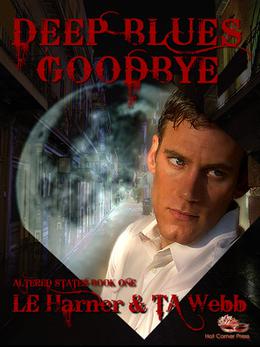 The world might not have been ready for vampires when NOPD Detective Travis Boudreaux had the bad taste to sit up at his own funeral, but two years later, the new cause célèbre is civil rights for preternatural beings and most humans are on the bandwagon. Except whoever is killing vampires and wannabes.

Detective Sam Garrett hates all things preternatural. Having your undead partner try to make you his first meal will do that to a guy. One final screw-up gets Sam banished to the Paranormal Criminal Investigations Unit—the Odd Squad—under the oversight of Detective Danny Burkette.

Now it’s up to Burkette to work with Garrett by day and Boudreaux by night as they follow a trail of clues that leads from the historic cemeteries of New Orleans to the bayous of southern Louisiana. Under the all-too-interested gaze of a Master vampire and the local werewolf pack Alpha, they discover some lessons in life—and death—take longer to learn…and not all second chances are created equal.

'Deep Blues Goodbye' is tagged as: