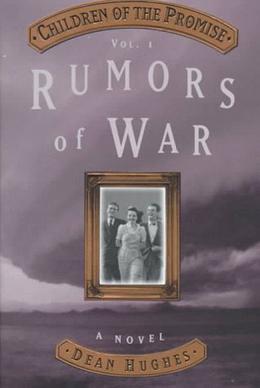 Rumors of War (Children of the Promise #1)

"Every era has its own refiner's fire, and World War II put general Church membership and Utah to a test," Dean Hughes explains. In Children of the Promise, his first historical fiction series for adults, Dean shows through the eyes of the Thomas family how LDS families were tested to the limit.

"Most people agree it was a fascinating time in world and American history. In fact, there is a charm and nostalgia about that dramatic period," says the author. Dean weaves in those aspects among the conflict in the series. The first volume, Rumors of War opens in 1938 with Elder Alex Thomas and his companion serving in Germany. It soon becomes obvious that he will never complete his mission. War is coming, and that will affect not only Elder Thomas but also his family back home in Salt Lake City.
more
Bookmark Rate Book
Amazon Other stores

The 'Children of the Promise' series

Similar books to 'Rumors of War'

Buy 'Rumors of War' from the following stores: