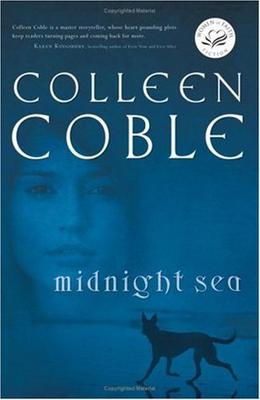 "Lani opened her eyes fully, straining to see something, anything. It was as though she swam in a black sea that blacked out all light, all visual sensation. 'I can't see, ' she whispered. 'I can't see!' Her shriek rose and echoed off the blackness."

A seemingly random shooting at her aunt's coffee farm has left Lani Tagama blind. Now she must learn to navigate in a world of darkness. With the help of an embittered ex-cop, Ben, and a half-trained guide dog, Fisher, Lani discovers she can regain a shadow of her former independence.

But strange and dangerous secrets lurk behind the beauty of this seaside paradise. Suspicion grows that this was not a random shooting, but an attempted murder, one with its roots in a hippie commune burned over thirty year ago. Lani realizes she is a target, and that she must find the shooter before he strikes again.
more
Amazon Other stores
Bookmark  Rate:

'Midnight Sea' is tagged as: