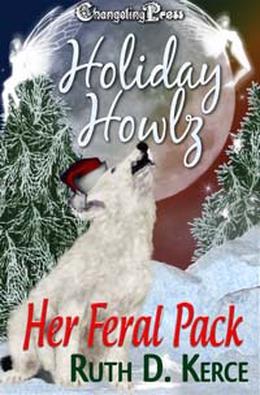 Ever since Janie Merlot mated with two shapeshifting wolves, she hasn’t been the same. Now she’s back to prove that Dall and Cavan are indeed real.
After trudging into the woods -- instead of finding the arctic wolves -- she finds a man. Sawyer. He’s mysterious and sexy, and she becomes trapped with him during a snowstorm. But who is he?
After she wakes from a deep sleep, the two arctic wolves she’d sought greet her, along with one large black wolf. Sawyer’s a shifter too! And their Alpha Leader.
Together, the three men take Janie through a decadent and erotic journey she’ll never forget.
more
Amazon Other stores
Bookmark  Rate: